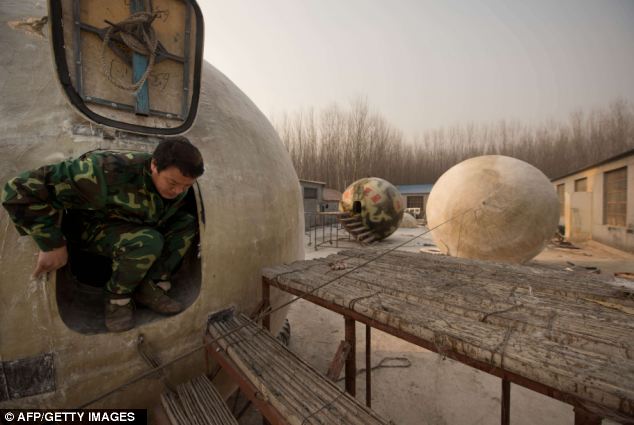 A  Farmer in China by the name of Liu Qiyuan is taking up a new hobby, Being that its almost the fake end of the world, we are getting a lot of chatter about possible near miss (but rather a Carlin-esque near hit if that is your bag) And Lui is building floating rolling survival pods. These massive 7 person fiberglass shells complete with seatbelts and harnesses seem to be built with the idea of floating through a flood. My only real question would be the food storage and self leveling issues.

If you have a sphere for a survival pod, very nice and rolly. But if the sucker is currently adrift and you try to break containment to open the hatch and possibly grab a fish snack, the weight displacement would roll the ball while its in the water, i’m guessing there has to be some sort of balast at one end of the sphere, but come on if we can’t have human pokeballs what fun is it? Liu Qiyuan I choose you! 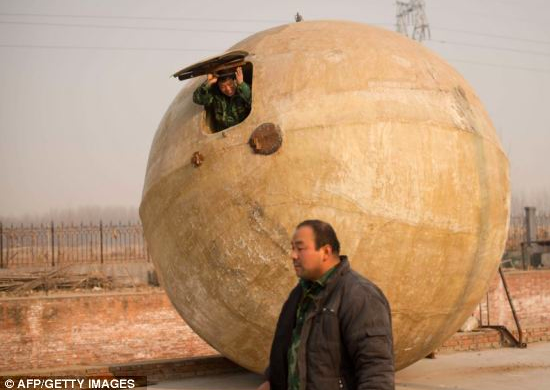 I’ll let all the ball jokes to another time. But these things are so massive it takes 4 people just to move them. I like your spark kid, but as for practicality? Not so much.