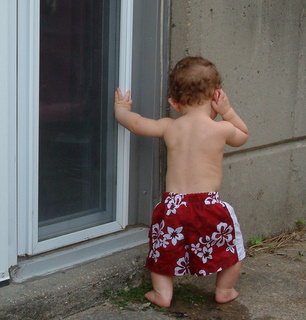 Hold on I Got Another Call…

Mainstream news is forever on the crusade of protecting the children, from themselves, from each other, from the adults, from food… you get the idea. But at the very same time our Children are also a cash cow for the economy. They want, parents gladly buy, they spend and the companies collect. So it is with no small amount of surprise that I saw an article like this one from CNET yesterday, delving into the technology habits of teens, tweens, or whatever the kids are called today. I guess that last sentence officially cemented my status as Old, But I digress.

Cnet attempts to take a simple concept such as teens seem to be growing less likely to email you or each other than they are to faceboook, myspace or twitter you. Short succinct messages are replacing the emails of today’s teens. Cnet then begins to extrapolate from this that the kids will obviously move forward with this trend eventually, possibly eliminating email as a viable messaging tool.

Txt-ing is the new IM, myspace and facebook are the new email. The reason why texting will last? Its ubiquitos. Almost everyone’s phone can receive them, and damn near everyone’s phone can send them as well. Not even going into the movie and picture debacle. Cell Phone companies didn’t realize that their cash cow of Txting got that big by being open sending to anyone with a txt message capable phone. By limiting their pics to their own private network they effectively stifled the potential profit to be made on that transaction. Yes that phenom will grow, yes it will make them money but it could have been bigger, quicker. IM’s fell into the same trap which is why multi-client Im software is now the norm for people who want to get in touch with their buddies but don’t feel like having 9 programs run at once.

Email was much the same way, and still is. Its not going away you will always be able to email people. It didn’t matter what type of computer you had, it didn’t matter if you rocked AOL Compuserve, Juno… You sent a message and someone somewhere else got it. Txt messages are going to replace the short one line emails from before, heading to lunch? meet you in 5… Etc.

Myspace and Facebook are going to realize the growing pains that im clients did, spam advertising and other crap like that is going to make buckets of cash and then kill off the medium. Close walled systems are going to kill off innovation because the parent companies are not doing enough to open their realm up. Facebook has half a chance to survive, their recent openness to innovation is refreshing. Myspace is going to implode with all of the ad laden, virus ridden, nasty looking pages. Rather than opening their site up they created their own take off on twitter. Just plain sad. I only wish they would open up the messages to send to people without an account that way i could get my myspace mail as i would any other email, because after all this no matter how you slice it. Myspace and Facebook messages are just a return to the intra web corporate email systems of the early 90’s.