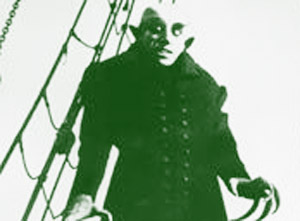 Money is green, and frankly so is everything else lately. But money is also king, if it costs too much then green is bad, and just won’t work. If it being green causes people with lots of money to loose some of it or make less of it then green is still bad and will get crushed. However green, lately, is saving consumers lots of Money. And the court of public opinion has decreed that green is good. So like a casino giving out a gambling hotline number, Big business wants you to be green, through clenched teeth.

In case you hadn’t guessed Green is the new buzzword for everything from clothing to furniture of late. Green living, green cars, green tech. But what does it mean? Does it mean on one hand reducing conspicuous consumption of goods and tech leaving behind a wakes of debris in your path? Does it mean reducing the oft mentioned footprint that each one of us has? Or is it something about recycle buckets, carbon, and hippies? Quite frankly it could be all of them but don’t let buzzwords and stereotypes lead you to believe that this will all wash over, and that none of it really means anything.

The most important green we will discuss is money. I don’t have enough of it, chances are you don’t either. And lucky for us one way of being more environmentally friendly is to reduce the amount of electricity we use, thus reducing the bill and the drain on our wallet. The hidden cost of being a well heeled geek is that technology in general, likes to be helpful, and by doing so, by putting a clock on everything from a coffee maker to an oven you draw small amounts of power. Your computer, your TV, your cable box all suck power even when they are not being used. By understanding that this happens and taking steps to unplug things or attaching them to receptacles with switches then you can very effectively drop the amount of power you are using. Not to mention replacing the bulbs with those cute little curly ones.

Yet another big waste of you precious resources are hidden leaks in the containment feild in your house or apartment. uninsulated walls, open windows, broken latches and the like. Some services have awesome names such as the Green Ghost Busters and come equipped with tons of high tech, read as expensive, equipment. This is all well and good and I think it a fantastic service. in fact some of the people in the comments under the article had really revealing photographic evidence of what these leaks look like to the unseen eye. Awesome stuff.

But a little common sense can help even the most limited cash flow. Use your 5 senses and you might be able to help your budget out a good deal.

Step 3: Breaking out the Garlic

The best way to combat the vampire electronics is with a simple list and a little due diligence. List all the electronics and appliances which need to be plugged in. Now on a second list make a list out of the first which need to be plugged in. These should all be Mission Critical applications, refrigerator bedroom alarm clock. Now take the remainder of items from the first list and see if there is any detriment to unplugging or switching their outlets off. Sure you won’t have a clock every three feet in your kitchen but if your not making coffee that morning why do you need it? If there are items on your list which are a pain in the but to unplug or just out of reach consider finding a way to reorganize so your switched outlets control the vampiric devils.

Unplug all chargers, unless they are charging something. Power supplies draw power even when there is nothing to use the power on. I have walked into a friends house and seen three cell phone chargers an ipod brick and a dust buster all left plugged in. Not a single gadget was being charged. This is bad. Also as one last little tip. when feeling around windows and doors for drafts, ie lost heating or cooling and thusly lost money, use the back of your hand. The hairs tend to react and are much mroe sensitave to change in wind currents then your calloused palm.

We stand again at the apex of the cycle which vacillates between defining hip as being environmentally conscious or defining hip as being a vapid consumer. The ebb and flow of popular culture once again find those of us who like to keep a weather eye towards helping out mother earth in a favorable light. Hopefully while the light is still good we can make some small difference, each and every one of us.

BTW after the fact this was sent in to me. Lifehacker rocking a Full 20 Suggestions on staying green