For those of you not in the know there was and perhaps may still be a contest dedicated to building a suit to protect oneself whilst in hand to paw combat with a bear… Yes i said a bear, i can’t think of many practical applications of such a suit beyond picking a fight with yogi but that is neither here nor there. There have been a great many advances in this field over the past several years, not the least of which being created by the agile mind of one Troy Hurtubise. His previously bulky suits have stood up to the task, however their girth makes them an untenable 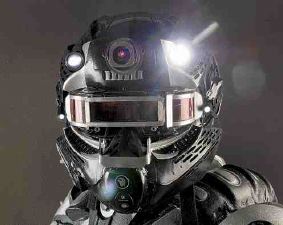 solution for most would be bear fighters. Enter this years applicant with a spared down version

Troy has decided to take his game to the next level by building a suit capable of withstanding ballistic testing, ie being shot. He slimmed down last years model to come up with the current incarnation, dubbed the Trojan. Assume-ably for the Popular ancient Warrior City State and not necessarily for the prophylactic. Taking inspiration from Star Wars, RoboCop and Video games. Troy has built a truly remarkable suit. Read the article for more of the particulars but there is a fresh air filtration system, homing beacon and many other batman like goodies hidden within the suit.

At a proposed price point of around 2000 dollars per suit if it were mass produced this armor could be just the beginning of our descent firmly into the realm of science fiction. There are notable video games who utilize armor like this… cough Halo. 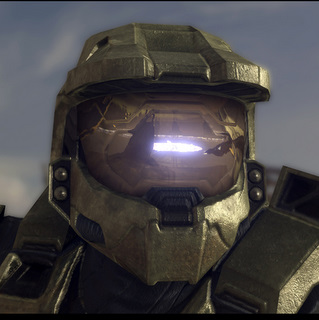 the good thing about the politics of this war, if there could be a bright side. Is that no matter what side you are on, pro or con for the current situation both sides are firm in their support of the troops and their need for protection. Which is most certainly a good thing.

I hope that more people start taking their clues for invention from these types of sources, not only does it legitimize the medium which produced the ideas to a certain extent but it also produces some rather nifty toys. So whats next on this slippery slope? A battle mech? That would certainly be a sight to behold.

My only problem with design is there is no cup holder, how else am i supposed to carry my coffee. He built into the sit a morphine dispensing until why not a caffeine dispenser, less side effects.