Man up and be a Parent, or just find one to laugh at.

Knock Knock… Anyone There? Well I guess its time to come back out of hibernation. Easter was a blast, we ran, we ate and we slept. Not too much of anything other than the running. But thats not what i came to talk to you about today. Today i came to talk to you about the fine art of parenting. Which at the ripe old age of 6 months my son has taught me in full. So i must be an expert by now, correct? I’m sure I’ve been in this game long enough to start the most irritating of parental traits, the traditional giving of advice. Here to assist me today are two of perhaps the oddest gadgets to come across my screen in a while. Being that they are both child / family oriented then I thought what better way to throw them both down then in a Child Rearing Roundup. 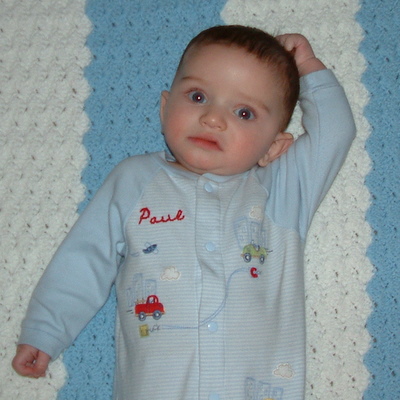 Now you may not know this but I am an Avid angler. Most springs find me outside when the air is crisp and the leaves just budded to match wits with cold blooded submarine prey. Which i don’t eat since I don’t like fish, I usually throw them back. I was taught this fine, fine art by a Master of the art. A man who could by shear force of will cause the fish to leap onto the banks in submission. My Grandfather, the very Paul I’m named after. He was fond of traditional ways of fishing. Not taken up by the new super-lures, bait or latest gee gaw. He had an expression which applies to so many things in life. “The only things those fancy lures catch are the people who by them” The same root concept seems so far to apply to most things our child has gotten, for each electronic wonder of child psycology he has received he gets a bigger kick out of the box, my beard or the cats. That is not to say that we don’t appreciate what has been given to him, its just that at times he doesn’t realize the scope of the gift.

There are simple ways to do anything in life. For instance, would you like to know if you child has a wet diaper? Well according to that product the quickest and most certain way to figure that little conundrum out is to strap your kid with a tethered alarm. A sensor gets dropped into the diaper. And a company is actually selling these. Yes they want to strap a foreign object into the area were an inconveniently placed fold of cloth can cause a rash. This does not seem like a brilliant idea. Not to mention the fact that your going to literally scare the poop out of your kid each and every time he or she happens to wet themselves. Way to make it a traumatic experience for everyone. So far at Casa De La Muller we have been doing swimmingly with the tried and true method of if he cries we check out the situation. No need for an alarm, we found out that Little Paul came equipped with a fine sounding horn all his own.

Which brings me to the next parent trap. A loving stuffed animal is some times a child’s best friend. Except of course that now you not allowed to put them in the crib with the kids, or cover them with blankets or do anything else remotely logical. Well what better way to comfort a newborn then with a doll that sounds like its mothers womb… Look we can’t make this up. Now i’m not going to go into length at how odd this sounds, nor how creepy the idea of recording those real womb sounds may be. But come on people, what ever happened to the mobile? the gentle woosh of the ceiling fan. or the stillness of the house at night. This tips the scale on the odd meter.

Thats all we could find tonight in the fresh steaming world of Chil rearing now if you will excuse me i need to go put my low tech kid to bed with no sensors, no recorded dolls, just a wind up mobile and a tuck.