Springtime Has Sprung Part 2: Get Fit or Die Trying 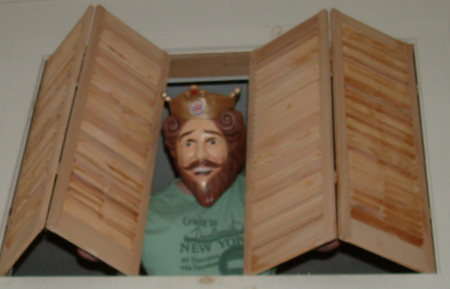 Once Again it is time for more Drivel to seep out of the maw of the CaffiNation. Today we will be discussing the urge that overcomes some of us during the Spring to try to get back into a slightly less rotund shape, or to resume working out for those of us without that problem. I myself could use a good walk or slight jog to help me on the way but I would like to think that the marvels of technology could eliminate that problem for me. I would like to think that Technology could not only do the work for me, better than me and in most cases quicker than me but look damn cool while doing it too.

Now I’m not what you would call lazy, no lazy would imply that i don’t do anything, but i would go with a heavy conservationist. I would much rather conserve effort and energy for other things. Like typing, or video games. SO it is with great joy that I happened upon several articles which would allow me to both type, i can feel my finger getting stronger already, and think fondly about video games… Ahh Mario you silly plumber.

The wonder that is the internet has brought us a great many gadgets and wonderful tools to help us make working out easier. And while the Wii Diet has caught on with some of the crowd, and DDR Fever has also picked up the bug and carried the Video Game genre into unexplored territory we will be focusing on slightly less mundane uses of technology. 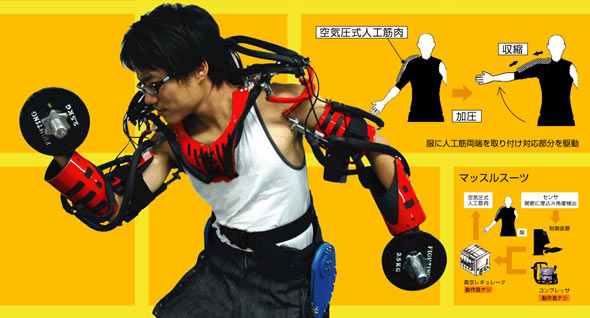 Such as the Bionic Replacement system, the Muscle Suit currently being reviewed over at the SCi_FI tech blog. They have found a link to a Japanese contraption which picks up where your body leaves off. Frankly if that dude is having trouble lifting that small little weight then he needs a bionic self not a bionic suit. I think it would be fun to take this to the next level and creat a football league where they got to wear these suits, you would see grown men being thrown into the end zone from the 30 yard line while holding the ball. Now that is a touchdown in my book.

Or for the technologically afraid we have a slightly less stenuous suggestion. I would love to own one of these. A forever pool. An addition to your current swimming whole with an adjustable current to keep you swimming laps until the cows come home. I love to swim, and haven’t for years mainly because I’m saving energy but also because its a flat out pain in the rear end doing laps in a wading pool. So Olympic style fitness here we come. This is the type of Tech I would Like to see more of. A thoughtful, useful addition to existing structures, like how about a device which extended your stairs forever to allow you to work out Rocky Style running up them? Or how about a treadmill like device for Ice Skating? Oh they have one… Alright people get to work, think next big thing…

And if non of these options bring a glimmer of hope to your waistline then might i suggest a head on over to one of my favorite Blogs around Spilling Coffee, Tom Coffee himself has a great take on what it takes to get in shape. Enjoy the read and pay attention there will be a test later.

Join us tomorrow for the next installment of Spring has sprung. We are working on a 5 part series chock full of Technology News, and coupled with we hope humerus commentary. It should brake down like this. After the last Installment we will be updating this section with links.