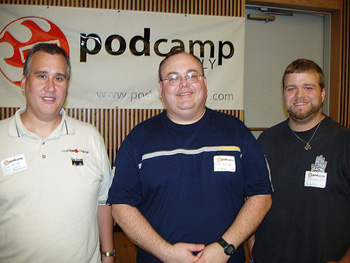 Starting out heading to Podcamp I knew no one. I knew of them, but had never shook a hand, and had actually never been to a convention or conference. I’m not shy mind you, just busy. I do online classes for work a good deal of the time so I don’t even try to attend training far away.

I knew that Rob Safuto from Blubrry, and the New York Minute Podcast was planning on going, I knew Mike Smith from the Mike Tech Show was going but thats pretty much the extent of my knowledge. The fun thing about belonging to a group like the TechPodcast Network is that you have a pretty good shot at sharing interests. And that turned up in spades, One of the new people I met was Keith Albright of the A Couple of Admins show. Great guy and nifty show. Its a round table discussion between a couple of guys within the industry. I’d strongly recommend adding it to your rotation, its good stuff.

Well being that this was my first conference I hadn’t the slightest idea of what to expect. Boy was I blown out of the water by PodCamp. The networking alone was worth it. Learn from the best, and this event was packed full of them. You can head back and check my notes out to see what I attended. There should only be one more post on PodCamp after this.

One Last thing before I head out. This event wouldn’t have been anything without the people who organized it. 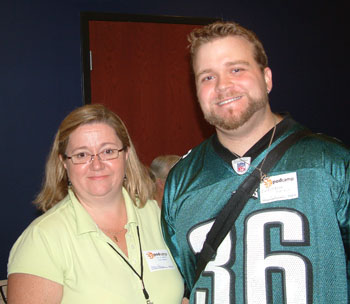 Whitney Hoffman of the LDPodcast 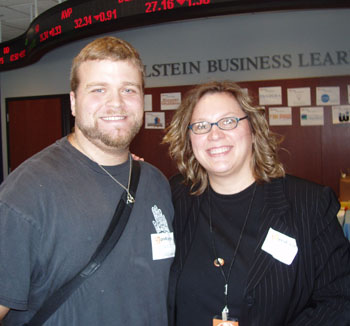 These two woman, and many other people who helped to varying degrees, managed to pull off an unconfrence through some pretty tough situations. Things may have not been as smooth as they envisioned months ago when this idea was hatched but you would have never known it from the execution. Thank you both for a wonderful event and I look forward to helping make next years show go off even better.

For More Photos Check Picasa Out, not too many. Sorry about that, my camera died on the first day. So much for being a true Eagle Scout, Be prepared…